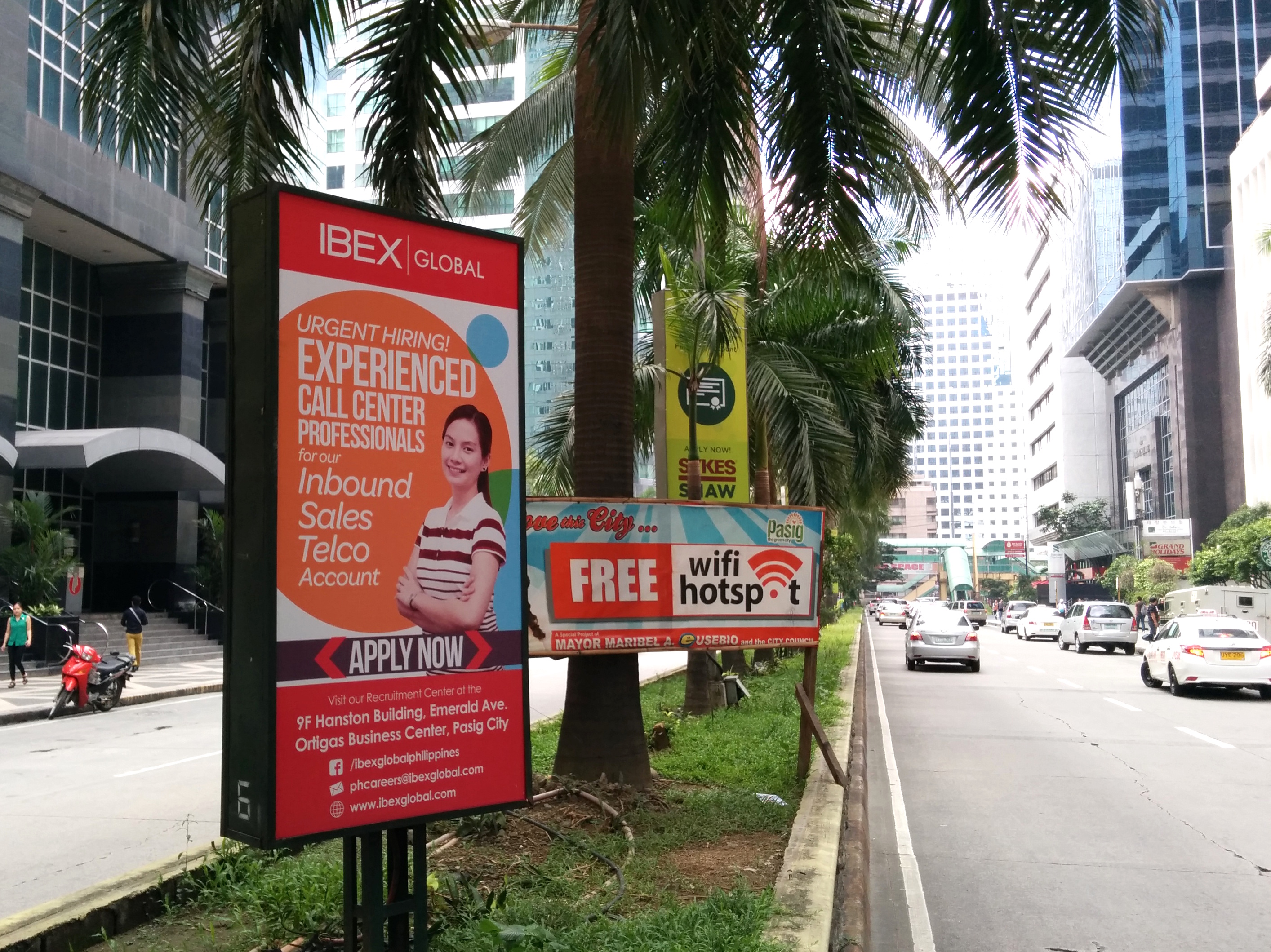 The picture above was taken in Pasig City in the Philippines. The poster advertising free wifi is symbolic of the changing connectivities of a country in which more than 30 million people are now Internet users. Whereas the advert on the the left is symbolic of how many in the country have harnessed those new connectivities: setting up business process outsourcing (BPO) firms and performing digital work.

This, however, is a relatively old story and there are millions of people around the world working in the outsourcing sector.

But, in the last few years, we have seen some important changes. The rapid growth of online freelancing, digital work, and microwork is undoubtedly changing the landscape of digital work: creating jobs in people’s homes and internet cafes rather than in the kinds of offices full of BPO firms in the photograph above.

These changes could be seen as an important moment in the trajectory of global development: offering millions of skilled and unskilled workers in low-income countries access to jobs. But many concerns also exist. Not only are workers placed in potentially precarious positions, they also are potentially enrolled into new digital sweatshops with little opportunity to upgrade their positions.

It is in the context of those very different ways of understanding the intersections between digital labour and development, that my colleagues Helena Barnard, Vili Lehdonvirta, Isis Hjorth, and myself are embarking on a 30-month project to understand contemporary virtual production networks.

We are focusing on three countries in Southeast Asia and three in Subsaharan Africa, asking the following questions:

We are using a combination of quantitative (using log data from work platforms) and qualitative (six months of fieldwork) methods and plan to regularly release and share our findings.

Changing connectivities are undoubtedly profoundly influencing the landscape of digital work: enabling new flows, new networks, and new geographies. By studying virtual production networks in some of the worlds economic peripheries, we hope to ultimately understand who benefits and who doesn’t from these new forms of work.