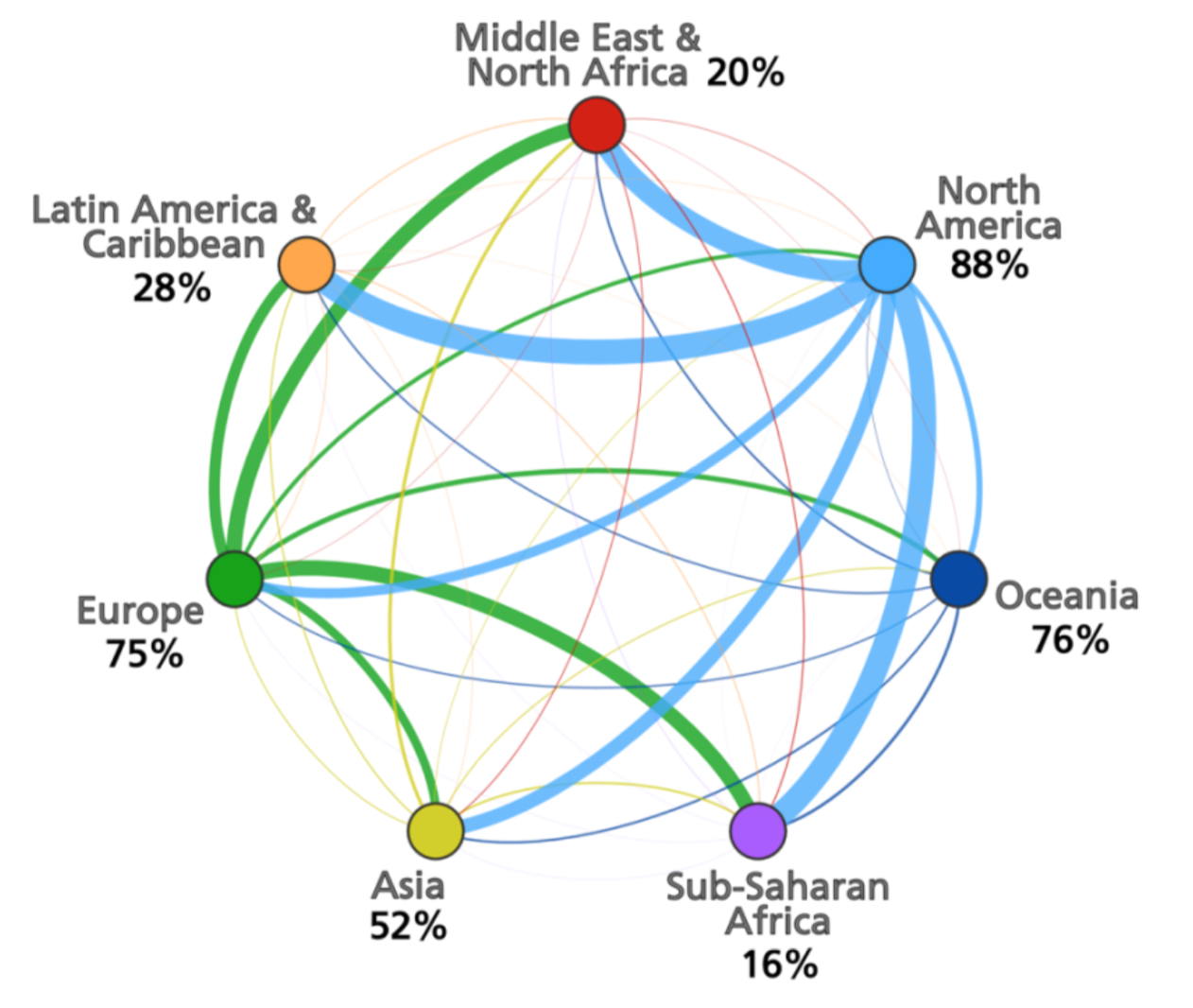 In all of that work, we employed a simplified distinction of ‘within region’ or ‘outside region’ when considering the geography of edits. However, it is possible to also look at which regions send edits to which other regions. Thus, instead of a univariate map or a bivariate scatter plot, we can represent the data as a network of flows.

The network above is just such an attempt. In it, edge (a line connecting nodes) thickness is proportionate to the total number of edits received. That is, if a region receives most of its edits from North America then the edge from North America to that region will be thick.

When looking at flows of geographic information, there are “net-importing” regions (Asia, Latin America & Caribbean, Middle East & North Africa, and Sub-Saharan Africa) and “net-exporting” regions (North America, Oceania) in terms of edits. Sub-Saharan Africa receives 10.7 more edits from outside than it commits to the outside. North America, in contrast has a figure of 0.38.

The next post will look at the data somewhat differently. Instead of where edits are received from, it will focus on where edits are sent to (as we shall see, this is an important difference).

Note that this work comes from the following report (the relevant parts of which were written in collaboration with Ralph Straumann and Bernie Hogan):

(this post is cross-posted from Geonet – Informational Magnetism on Wikipedia: geographic networks of edits)