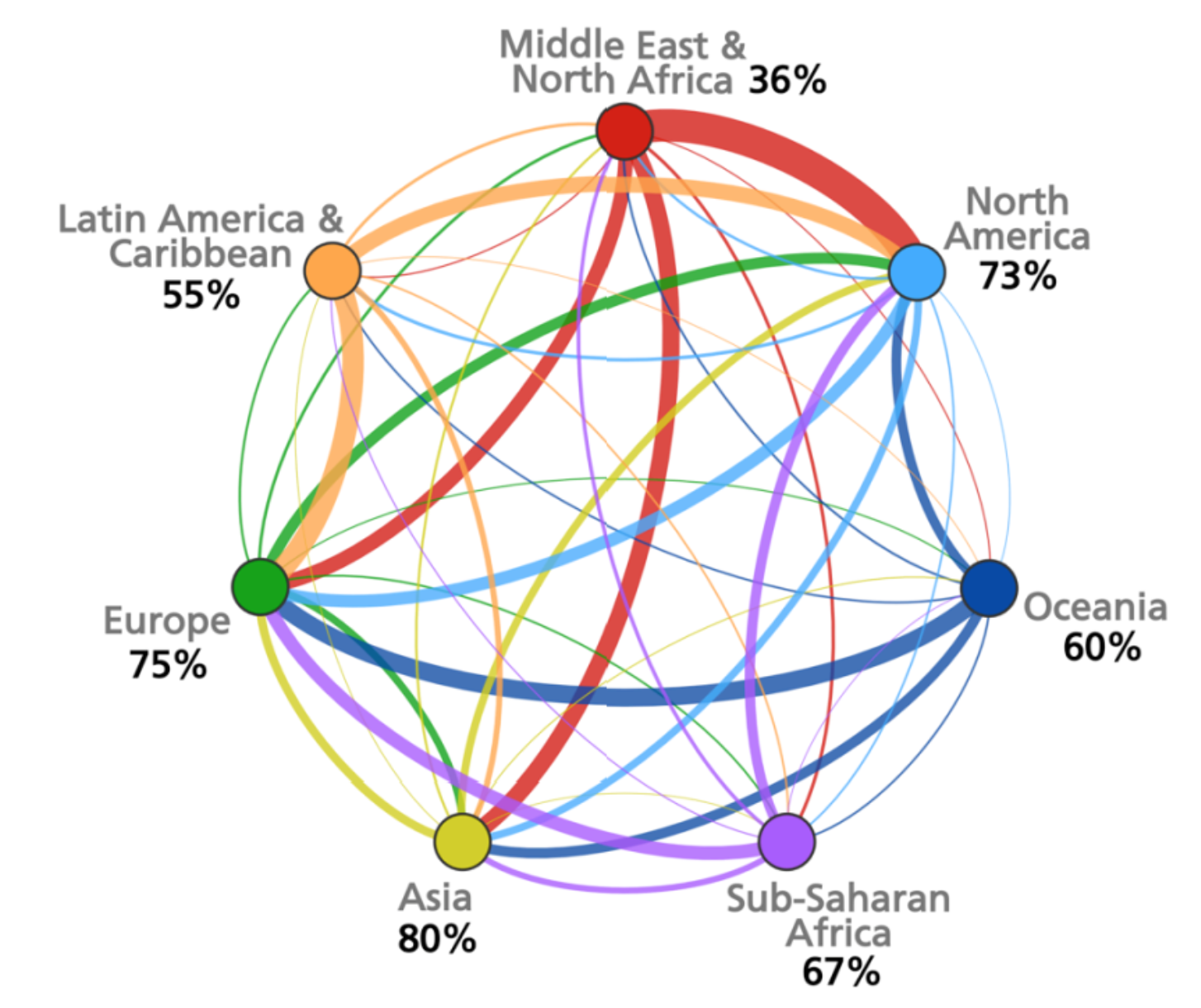 This post does something a little different: it shows where edits are sent to.

In this network, an edge (a line connecting nodes) thickness is proportionate to the total number of edits received. That is, if a region sends most of its edits to North America (even if it sends very few edits) then that edge will be thick.

In fact, proportionate to the total number of edits sent from a region, MENA sends more edits to North America than any other region sends to another. This leads to what might be considered a ‘double whammy’ for the MENA region. Not only are there not many articles about the Middle East, and even fewer in local languages. And not only are there very very few editors. But of the edits that exist, a lot of them are to write about Europe, Asia, and America.

Ralph Straumann and I are working on a paper that explores these topics and this conclusion in more detail, and will post a full draft here as soon as we have one. In the meantime, we’d welcome any comments or questions on the patterns and data presented here.

Note that this work comes from the following report:

(This post is cross-posted from ‘Geonet: Investigating the Changing Connectivities and Potentials of Sub-Saharan Africa’s Knowledge Economies‘)