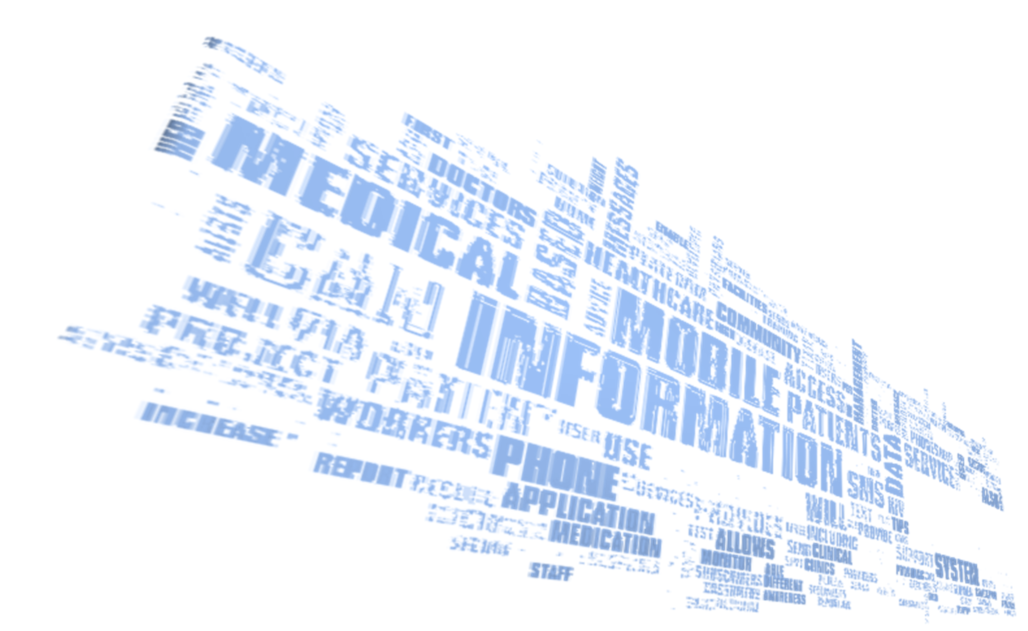 Let’s try an experiment: Think of an object with global outreach. Nearly everybody around the world has access and in fact a billion people use it daily, especially in low- and middle-income countries. Picture not just an ordinary object, but one that is also a vehicle for social interaction and recreation. Everybody knows it, and even if people don’t use it themselves, they most certainly know somebody who does – it’s ubiquitous. In light of the glaring health problems persisting in developing countries, why don’t we take advantage of its global spread in order to deliver public health interventions, for example with messages to maintain a healthy diet and regular exercise (the absence of which is a major global health risk according to the World Health Organization, WHO, 2009:16-17). There is limitless potential ready to be harnessed because the solution is already at people’s fingertips.

What came to your mind – Computers? The Internet? Mobile phones? Plausible, indeed, but the narrative as it stands applies equally well to a somewhat less fashionable object – cigarettes (Ng et al., 2014:186). Yet it would be silly to even propose small fruit and exercise pictographs on the objects to serve as reminders of healthy lifestyles that can be communicated and explained during social smoking, where even people who do not smoke probably know someone who does and thereby benefit indirectly from the health information. We know that cigarette use is harmful.

A ubiquitous medium for health information?

Let us turn to mobile technology, where the same global outreach narrative has been repeatedly used to argue for more efficient, effective, and equitable health services and information delivery. In light of the alleged healthcare “potential” of mobile phones, 1,141 projects worldwide now use phones as a platform for health service delivery or health system improvements (my count on March 25th 2016; these are called “mHealth” projects), and, on January 5th 2016, I counted 101,672 apps in Apple’s App Store in the categories “Health and Fitness” and “Medical” (Apple Inc., 2016; GSMA, 2016).

Word cloud of the most common words in 1,141 mHealth project names in GSMA’s mHealth Tracker

Source: Author, based on GSMA (2016), generated with Pro Word Cloud for Microsoft Word.

Mobile phones are of course different from cigarettes because their use is not detrimental to people’s health. Or is it? Alongside the technology optimists are also voices declaring that “the more [mobile] technology is used, the less advantageous it is for one’s health, particularly as it pertains to sleep patterns, BMI [body-mass index], and healthy eating” (Melton et al., 2014:516). If it were indeed the case that the global spread of mobile phones had negative effects on people’s health and health behaviour, would that not make phones as attractive a medium for health service delivery as cigarettes?

My point here is not that mobile phones are as bad as cigarettes, or that phone-based interventions are mindless. Technologies like mobile phones are neither evil nor a godsend, and a number of reviews has attested modestly positive effects of some phone-based health interventions (Free et al., 2013a; Free et al., 2013b). The point is rather that, if mobile phones had a harmful impact on people’s behaviour, we would probably want to know this because it would affect how we think about mHealth and other phone-based services. The problem, however, is that we have no idea. Some research has examined the direct health consequences of mobile phones, for example exploding batteries and sleep deprivation (Ben et al., 2009; Brady et al., 2011; Karabagli et al., 2006; Patrick et al., 2008:178; Wilson & Stimpson, 2010); a few quantitative and qualitative studies have suggested that people also use phones in the context of illness and healthcare (Ahmed et al., 2014; Burrell, 2010; Hampshire et al., 2015; Horst & Miller, 2006; Mechael, 2008); but no research has tried to understand whether and how any such phone use affects health behaviour.

This isn’t an easy thing to find out. Already the notion of mobile phone adoption (or use) is more complicated than it seems at the first glance. What distinguishes a “user” from a “non-user,” and is such a binary distinction even useful? In practice, researchers often rely on information on whether someone owns a mobile phone, which tells us little about their actual use. The distinction between phone user and non-user is not necessarily helpful either: Should a “user” who takes one call per week fall in the same category as a “user” who spends six hours a day online, writing blog posts and emailing on a smartphone? Data analysis from rural India and China showed that moving away from simplistic ownership indicators towards more faithful (and “multidimensional”) representations of mobile phone use enables us to predict better when a patient will make use of a mobile phone in the process of getting medical treatment (Haenssgen, 2015).

But we should not be led to believe that technology will necessarily lead people to do what we want them to do. My research in India and China suggests that health-related mobile phone use amplifies people’s healthcare-seeking behaviours, including their biases. This means that phone users are more likely to utilise the healthcare system, even for health conditions (common cold, unspecified pain) that might not necessarily require medical attention in the resource-scarce health systems of rural India and rural China. Alas, not everyone can make use of mobile phones during an illness, for example because of impaired eyesight or because they never learned how to make a phone call. These groups remain systematically excluded from health-related mobile phone use and face potentially higher barriers to medical care because phone users are gradually absorbing the existing healthcare resources. Incidentally, higher household wealth produces the same patterns as mobile phone use, suggesting that a new mobile middle class exercises its “sharp elbows” when accessing healthcare (Seddon, 2007:88).

What you have read here is a short outline of my present research. As I continue to process and publish my qualitative and quantitative analysis, I also explore other secondary data sets to study the social implications of mobile phone diffusion – comments and suggestions welcome!

This post is based on my presentation at the 13th Global Health & Innovation Conference, 16-17 April 2016, Yale University.

Seddon, N. (2007). Quite like heaven? Options for the NHS in a consumer age. Bury St Edmunds: St Edmundsbury Press.