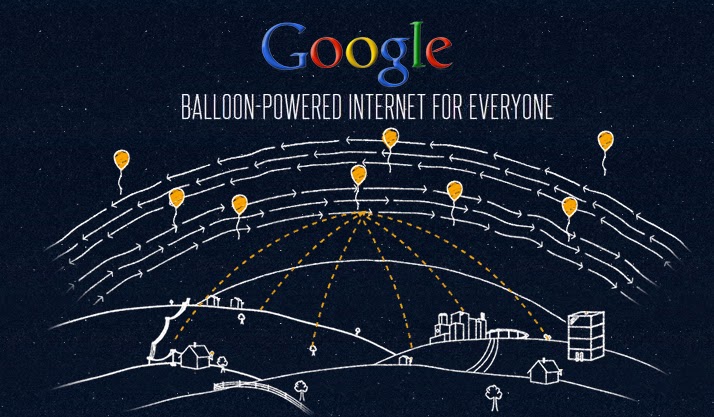 My colleagues Nicolas Friederici, Sanna Ojanperä, and I have recently finished a paper in which we analyse ‘Grand Visions’ of how Internet connectivity affects development in Africa. In the paper, we contrast these visions with the actually available empirical evidence to support those claims. You can read our full conclusions in the paper below:

Friederici, N. Ojanperä, S., and Graham, M. 2017. The Impact of Connectivity in Africa: Grand Visions and the Mirage of Inclusive Digital Development. Electronic Journal of Information Systems in Developing Countries (in press).

We show that the evidence base to support the claim that Internet connectivity has a vast positive or “transformative” impact on development in Africa is thin. More worryingly, once we see the techno-determinist and modernist assumptions at the core of many visions, visions of rapid development precipitated though ICTs might not just fail to achieve their goals (even on their own terms), they could actively undermine those very efforts in a world of scarce resources.

Here are some excerpts as a preview of the paper:

Development has always grappled with why some people and places have much more than others. Yet much of that conversation is lost within contemporary discourses of ICTs and development. As states and organisations rush to develop policies and plans to build drones and balloons, lay fibre-optic cables, and find other ways to connect the disconnected, much is said about the power of ICTs to positively transform the world’s most underprivileged people and places.

This is because ‘self-evident’ discourses of connectivity, like modernist visions before them offer a powerful, aspatial and ahistorical teleology (Graham et al., 2015). This allows policymakers to point to new technological fixes instead of focusing on how the political economy of any given context works to allocate power and wealth.

Visions and aspirations of transformation through connectivity are thereby able to drive concrete government projects and development funding. Hardly any dependable aggregate figures of funding and subsidies are available; many development actors are not accountable to tax payers (such as philanthropic organisations) and thus do not disclose their spending. Heeks (2009) uses official development assistance data as a proxy and concludes that ‘hundreds of millions of US dollars per year are invested in [ICT for development] projects; and that tens of billions of US dollars per year are invested in… infrastructure.’ The World Bank, as an example of a large development organisation, spent US$4.2 billion for ICT programming from 2003 to 2010 (Independent Evaluation Group, 2011), and is currently investing about US$1.2 billion in grants and loans for regional connectivity infrastructure programmes in Africa (Navas-Sabater, 2015). Rockefeller’s digital jobs programme, as an example of an initiative without infrastructure investments, provides US$100 million across Africa. Irrespective of how we measure the specifics, it is clear that huge sums have been, and continue to be, invested in the area.

Admittedly, it is impossible to establish a direct, causal connection between the discourses we have outlined and the myriad decisions that go into such ‘digital development’ spending. Still, our analysis highlights the ubiquity and assertiveness of discourses that are optimistic about the impacts and potentials of connectivity. It is clear that the productive power of these discourses provides a fertile ground for the argumentation of actors seeking to set up connectivity infrastructure, run Internet-related development projects, or sell equipment and services connected to the agenda (see (Graham, 2015) for an example of how Kenyan ICT firms strategically deploy visions of changing connectivity). As just one example, in a recent presentation, the World Bank summarized the rationale for investments in a fibre network in Central Asia in unequivocal terms: ‘Improved Internet connectivity = Economic benefits’ (Navas-Sabater, 2015, p. 4). Such a simple rationale can only be credible if the audience is sufficiently credulous, and this credulity is what discourse produces.

Discourses of development have always produced and reproduced the very objects of their ‘concern’ (Escobar, 1995). We can take a lead from Ferguson’s (1994) prompt to ask ‘what do aid programmes do besides fail to help poor people?’ Our worry here is not just that the significant resources invested in connecting Africa’s disconnected will be wasted. It is rather that the Grand Visions of connectivity will themselves lead to an exacerbation of the very things that they purport to solve. For instance, by framing inequality as something that can be effectively tackled with more connectivity, we might take away focus from the structural economic processes bringing about widening inequalities. What is worse than a developmental intervention not working is believing that an important issue has been effectively addressed when it, in reality, clearly hasn’t.

It is possible that contemporary Grand Visions of connectivity are truly reflective of a promising future for ICTs and economic development. But it is equally possible that many of those visions are hugely overblown. The current evidence base is mixed and inconclusive. We therefore need to ensure that we do more to ask the organisations and entities who produce Grand Visions to justify their claims, refusing that it is self-evident that ICTs will automatically bring about development.