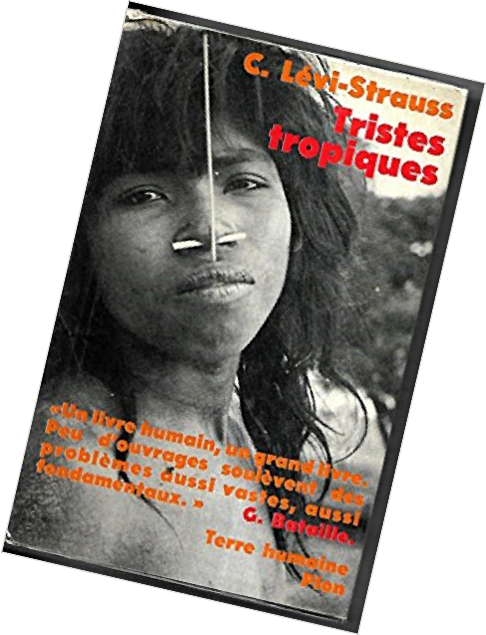 In this post, Margie Cheesman, the CII group’s new anthropologist, tells us about her background research and doctoral interests, which are at the intersection of digital infrastructures and international development.

Can blockchains and other distributed ledger technologies deliver significant social good? Or will they have disastrous consequences for humanity? Or – perhaps more likely – neither?

At the United Nations in New York in early 2016, I was at the opening conference for ‘ID2020’. Representatives from international governments, NGOs and tech companies heralded distributed ledger technology (DLT) as the silver bullet for realising part of the UN’s Sustainable Development Goal 16.9 by providing legal, biometric, digital, legal identity for everyone in the world, starting with birth registration. ‘Blockchain’ would thus be a way to solve the world’s woes from human trafficking to electoral corruption, from tax evasion to social and economic exclusion to gender inequality.

Figures: DLT infrastructures offer a means of replicating records of transactions (of any unit of value, not necessarily financial) to mitigate risks to the system such as fraud. This is not a world away from – but on a larger, digital, cryptographic-enabled scale to – the cuneiform contracts of ancient Mesopotamia or Medieval European split tally sticks.

DLTs have come to be imagined as serving a seemingly infinite array of potential purposes. Their ‘imagined affordances’ (Nagy and Neff 2015) cluster around several central themes: disintermediation (peer-to-peer consensus obviates the need for trusting third parties, whatever they may be); streamlining/cost-cutting (DLTs are putatively real-time efficient and cut out clunky ‘middle men’); cryptographic security (they are unhackable since records are distributed); transparency and accountability (immutable, shared records leave an auditable trail). While the roots of DLTs are in the Bitcoin blockchain and bound with the illicit associations of its no-middle-men transactions, many distributed ledger metamorphoses and activist and commercial use cases have begun to proliferate – from enabling ethical consumerism and food, diamond or fashion supply chain management to intellectual property rights in music. What’s more, traditional intermediaries such as global banks, governments or mobile network operators have begun to appropriate DLTs for their own purposes. Indeed, DLTs don’t have to be centralized or decentralized, just distributed, so can be public and permissionless (like the Bitcoin blockchain) or permissioned and private (maintained by trusted members, such as these traditional intermediary actors). Different ideals and arrangements of digital participation, trust, power and agency are at stake depending on the kind of DLT you’re employing (the extent to which private ledgers are ‘peer-to-peer’ is debatable).

In development, as in other domains, ‘blockchain’ has come to be a notable keyword, surrounded by a speculative bubble of conjuring and hype. In this field, intriguing, promising, but also problematic emergent discourses and practices proliferate. This is a pertinent moment in which to bring conversations about DLT beyond the arenas of Bitcoin, finance and public ledgers – which are in the capable hands of scholars such as Sclavonis and Lehdonvirta here at the Oxford Internet Institute, and Maurer and Swartz in the US – and, via anthropology’s historic arsenal of cultural comparative resources, into the realm of international development and social good.

DLT projects multiply around a variety of themes in socioeconomic development: from financial transactions (e.g. Disberse are tracking the distribution of aid; UN World Food Programme are providing blockchain-enabled emergency cash assistance in Jordan) to identity management (cf. ID2020; BanQu identities for refugees and the ‘unbanked’; Save the Children’s humanitarian passport; Doctors Link’s medical passport) to grid-edge peer-to-peer energy exchange in East Africa (Edinburgh University/GSMA), ‘Blockchain For Good’ in business management (Surrey University) and healthcare records-making and audit (iRespond and Google DeepMind Health). The central thread of my research will follow and examine the techno-political imaginaries and effects of DLT in such domains.

Thus far, my work has found that these projects are all at very different stages, mostly embryonic and anticipated, and all employ (and oscillate quite wildly between) a variety of DLTs and associated blockchain dreams, not knowing how the technology will eventually manifest itself. These elements of speculation, anticipation, confusion and ignorance, I argue, are to be taken seriously.

At GSMA Mobile For Development with representatives from UK DFID, UN World Food Programme, Sovrin, Save the Children and more.

The critical intervention I hope to make in theorising technological hype and blockchain’s sociopolitical effects involves tackling notions of speculation and futurity, ignorance and confusion, as well as classic anthropological themes of power and agency, accountability and truth, trust and exchange. Here, I will share some of the preliminary findings or working hypotheses along these lines, which I began to develop based at UCL’s Digital Anthropology department through a period of ethnographic research embedded at global mobile network member organization, GSMA Mobile for Development, and informed by a constellation of 17 or so other organisations and projects (including those mentioned above) via workshops, interviews and discussions.

What are the logics and assumptions in emergent B4D discourses and practices? My research has found that digital data is reified with impartiality and veracity and ‘more data’ is equated with ‘better aid’ as development practitioners associate DLTs with moralistic transparency goals and progress ideals. The assumption that immutable transparency is always good is pervasive, but who owns and sees what information? What about the right to be forgotten? All blockchain data is not necessarily good data, and it is often unmoored from its sociopolitical and ethical ties. For example, practitioners may understand digital identity as ‘just practical’, a means of accessing services, yet what constitutes digital personhood is a question fraught with complexity and human rights issues. What’s more, there is a presumed trust in the code, yet a lack of attention to who writes, maintains or changes the code and the perennial problem of governance (cf. Lehdonvirta 2016; Sclavounis 2017).

As the above findings suggest, blockchain is pinned with myriad assumptions as its potential role in endless domains is exaggerated. Taking seriously this enchanting agency, this pull blockchain seems to possess, I wish to pass beyond the sterile debates of techno-optimism versus skepticism by understanding DLTs through Lévi-Strauss’ famous analytic in Tristes Tropiques: bon à penser. In this text, Lévi-Strauss suggests totemic animals are chosen not because they are ‘good to eat’ but rather because they are ‘bon à penser [good to think with]’. Blockchain, one such mythical beast, must not be dismissed as empty hype, nor must we give in to its totalizing allure. Rather, blockchain is an important thinking tool for addressing contemporary challenges, for imagining better societies and better development. For me, the important question is: to what extent is/can blockchain be more than just bon à penser? Blockchain dreams are a thought exercise in building accountable, robust trust networks, flattening out power relations, and giving more agency to the recipients of aid. I am interested in examining: what exactly can blockchain do to mitigate inequality, how, when, and what is at stake? My preliminary research suggests that the possibilities are ultimately limited by the power of market logics, commercial strategies and state interests, and by multifarious unknowns around regulation and law.

As with Dutch ‘Tulip Mania’, the first famous historical example (probably) of a speculative economic bubble, will we see blockchain fall from grace? Will there be a ‘culling of the herd’ in use cases? For now, DLTs in the future-making, progress-oriented spheres of development are not yet constituted. Blockchain can only be understood as a speculative technology, largely intangible: at my fieldsite and beyond, it was seldom seen and even less understood. The aspirations for blockchain for development projects, like DLT work generally, might be characterised as lying on a spectrum from incorporative to radical (Swartz 2017).*** However, in reality, the blockchain dreams topology is not that simple, as many stakeholders and practitioners in development adopt skeptical but also confused positions on the prospective role of DLT in their work. One contribution I seek to make to digital social science is in developing the conceptual tools for tackling an ethnographic object in the making. My preliminary research with blockchain in the development industry shows that examining the techno-political imaginaries and effects of contingent, speculative sociotechnical assemblages requires attention not just to anticipation and aspiration, but also to confusion and ignorance, which I believe are pervasive in the spheres of technology and research.

Research on anticipated, contingent and imaginary blockchain-enabled ‘aidlands’ (Mosse 2011) is crucial now: much is at stake. What will the role of blockchain be in identity management in global contexts where population control regimes proliferate to the detriment of the many? Through multi-stakeholder ethnographic work with user communities, the development industry, technical, legal, regulatory and governmental communities, I aim to make a practical intervention in public social science, developing best practice principles or ‘infraethics’ (Floridi 2017) from concrete sociotechnical findings about the specific ways in which DLTs can empower communities in global contexts, how, and what new digital inequalities or unintended consequences arise (cf. for example the energy consumption issue with Bitcoin mining, which is currently a ‘hot’ topic). I have a hunch that working on best practice may involve pointing out when a blockchain isn’t really necessary.

Floridi, L. (2017) Infraethics – on the Conditions of Possibility of Morality. Accessible at: https://www.academia.edu/35000396/Infraethics_-_On_the_Conditions_of_Possibility_of_Morality

Margie Cheesman is a digital anthropologist based at the Oxford Internet Institute. Margie works with communities using and making digitalisation projects. Her DPhil research examines the intervention of decentralised digital infrastructures (blockchains) in humanitarianism, and involves fieldwork in Jordan’s refugee camps. She is interested in how the development of money and identity infrastructures intersects with socio-economic inequalities and rights.