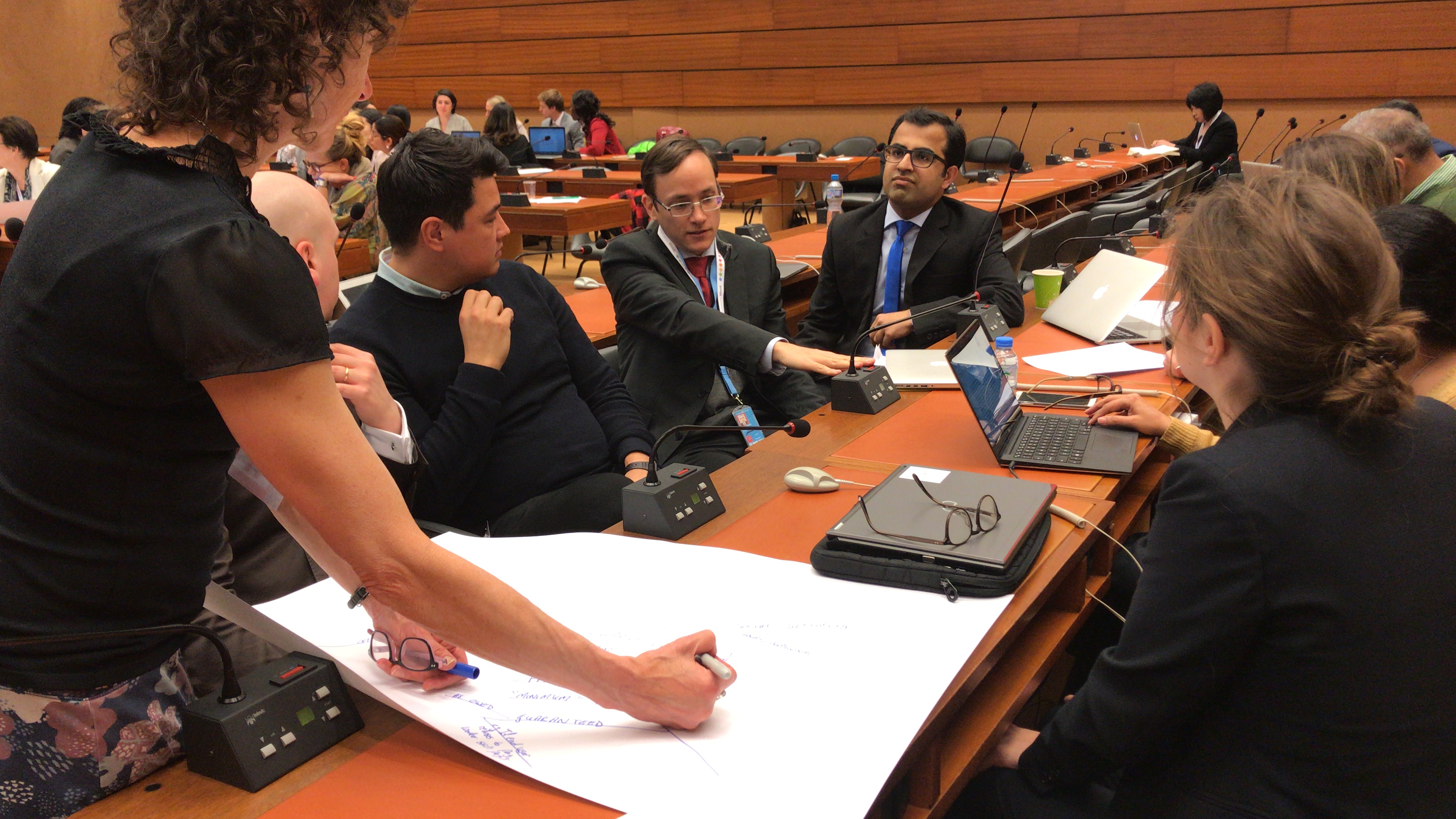 We recently hosted two stakeholder meetings for the Fairwork project. The first was a two-part meeting in Geneva to engage with key stakeholders for the Fairwork project. The second was an event hosted at the re:publica conference in Berlin. These were important steps towards establishing the ‘Fairwork Foundation’, ensuring that we are able to certify platforms by collaboratively engaging with a diverse range of stakeholders.

Before the meetings, we invited contributions via an online form. These inputs were collated, discussed, and augmented at two meetings with stakeholders representing workers, platforms, and policy makers at meetings in April.

The first meeting was hosted at the United Nations Conference on Trade and Development (UNCTAD) eCommerce week. This workshop included presentations on the key challenges and introduced the Fairwork Foundation. The discussion involved 65 delegates, including ministers, policy makers, academics, trade unionists, and platform representatives. Through a facilitated consensus decision making process, the participants discussed what a set of principles would look like for platform work.

The second part was co-organised with the International Labour Organization (ILO). This afternoon session included twenty expert stakeholders and focused on the specific issues surrounding the principles. This collaborative discussion led to the establishment of nine principles, fairness in relation to:

The second meeting was hosted at re:publica in Berlin. This was a participatory event in which we outlined the project and received audience feedback from attendees at the conference. We used live-polling after the discussion to capture the feedback. The first question asked whether the audience thought that online work was fair – 85.7% said no.

A major challenge for the project is how to consider the relationship between the local and the global. As we begin to certify platforms, these nine principles need to be translated into the specific platform types, while also bring sensitive to local context. We have begun this process, and further information on the nine principles can be found here.

Our next step is organising in-country stakeholder meetings in South Africa and India, where we will be translating these principles into practical categories for certification. This will then be followed up with fieldwork to conduct research for the case study certifications.