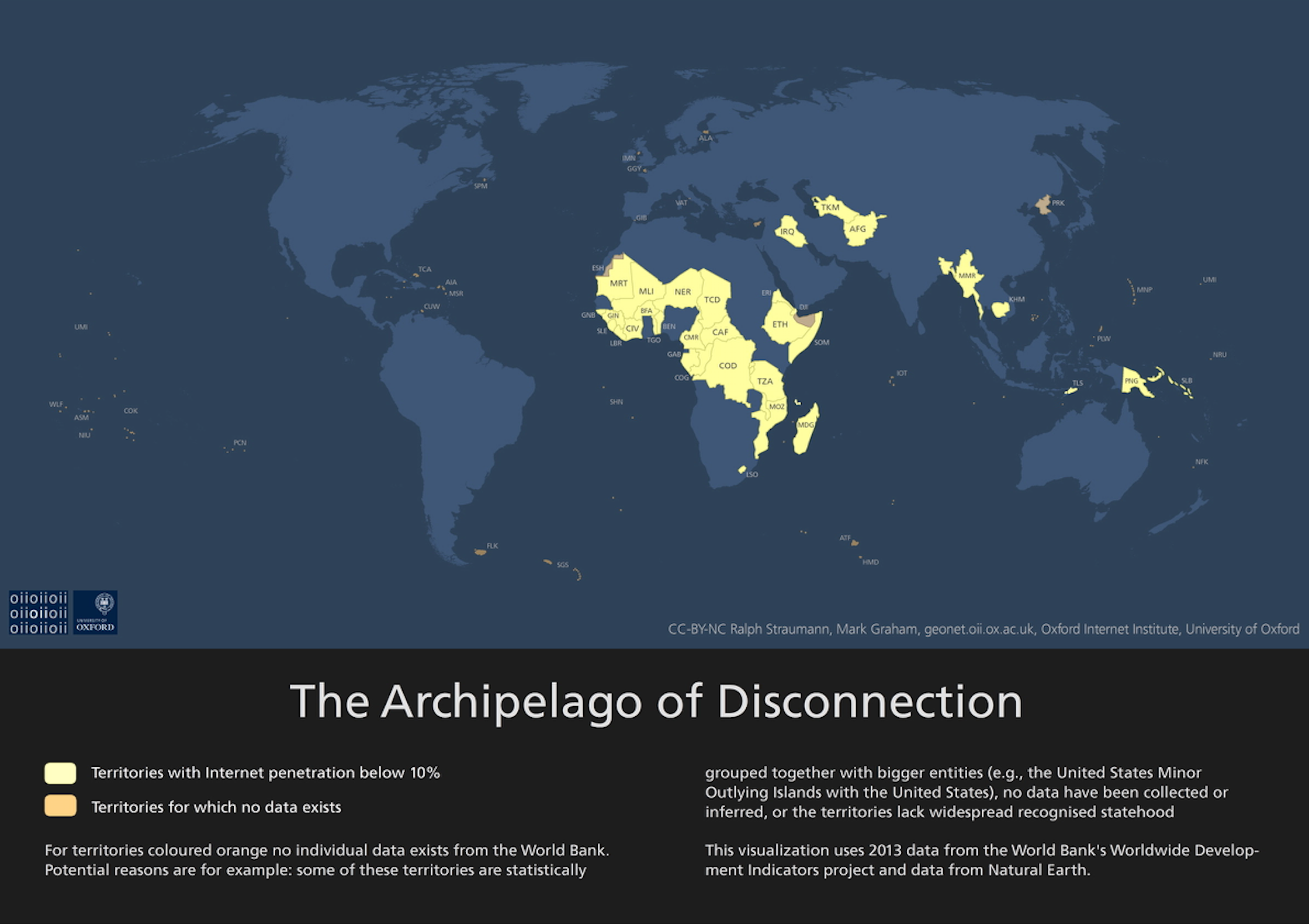 Ralph Straumann and I have a new short publication out:

It is open access, so please head over to the journal to take a look at the full piece.

For many people, internet access is an essential part of everyday economic, social, and political activities (c.f. Graham and Dutton 2014). Yet access to the internet is, and has always been, geographically concentrated (Graham, Hale, and Stephens 2012, 2011). As such, it is important to focus on the people and places that are largely left out of digital connectivity. This visualisation looks at these in terms of internet penetration (i.e. the share of their population that have “used the Internet (from any location) in the last 12 months” (source: UN 2015)). The map highlights all territories that either have internet penetration below 10%, or for which no data from the World Bank exists. A lack of data can exist for several reasons, for example: some of these territories are statistically grouped together with bigger entities, no data have been collected or inferred, or the territories lack widespread recognised statehood. The map ultimately highlights an archipelago of land whose population is mostly cut off from the internet. This Archipelago of Disconnection has its centre of gravity in Sub-Saharan Africa where 28 countries have internet penetration rates beneath the 10% threshold we applied. As the internet becomes ever more embedded into global economic flows (Malecki and Morisset 2011), to the inhabitation of urban spaces (Graham 2013), and to other facets of everyday life, those living in the Archipelago of Disconnection are largely barred from participating in the cultural, educational, political, and economic activities that it affords.