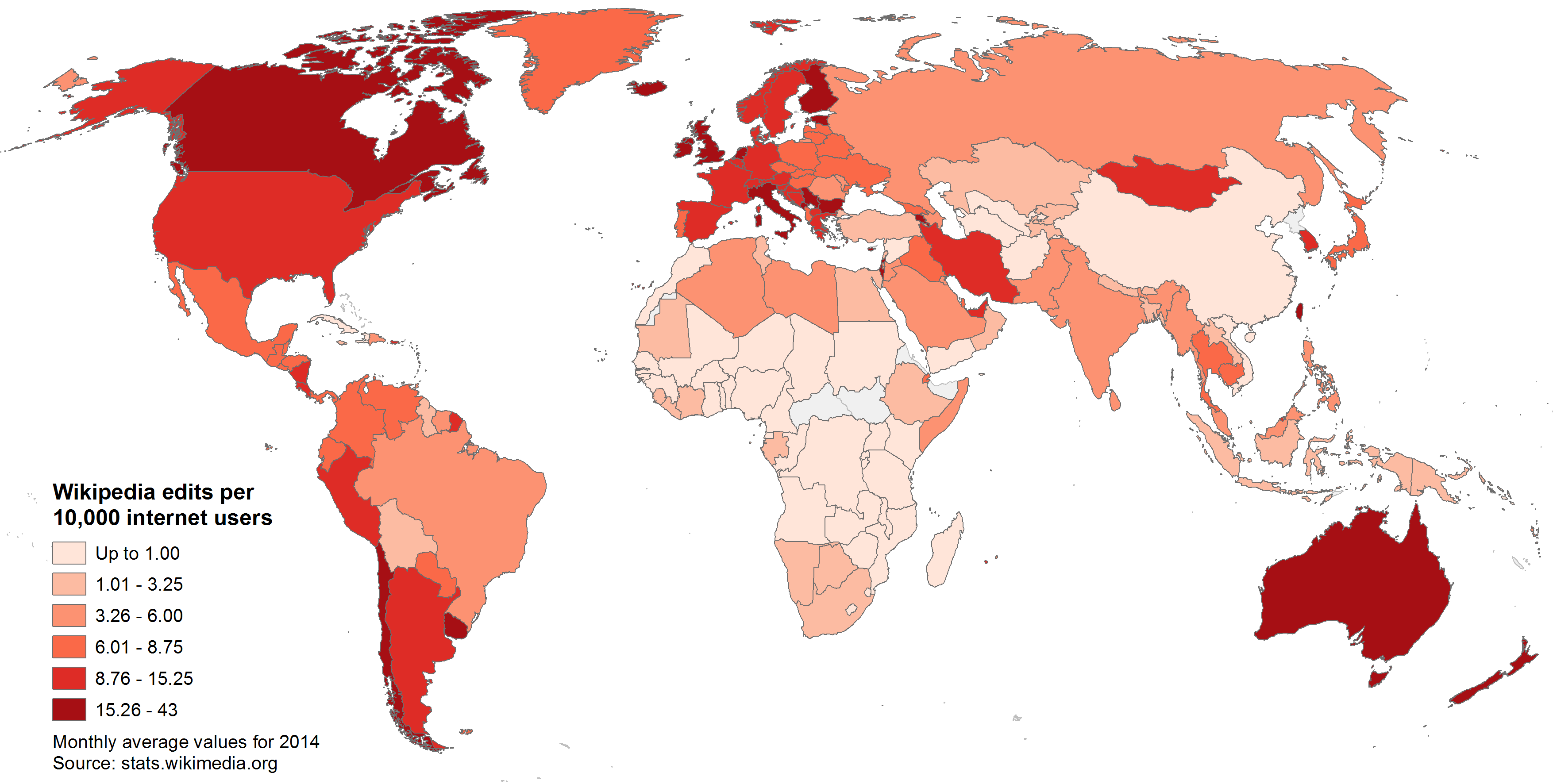 Wikipedia has a geography. This is something that my colleagues and I have explored previously in a variety of scholarship.

For a new book on ‘Open Development’,my colleague Stefano De Sabbata and I decided to update our most recent paper about information geographies with the above maps of Wikipedia.

The basic underlying inequalities haven’t changed. Using the number of edits to every language version of Wikipedia coming from all countries and territory in the last quarter of 2014 (the most recent full set of data available), the above maps show that the geography of participation on Wikipedia is highly uneven.

Stark inequalities are readily apparent: Europe and North America contribute 35.2% and 23.6% of Wikipedia’s edits respectively. In contrast, Africa contributes only. 1.3% of the world’s total (although it is worth noting that a few years ago, Africa’s contribution was consistently less than 1%). In fact, contributions from Africa are so low that there are actually more edits that originate in the Netherlands than the whole continent combined.

While some of these disparities can be explained by the total number of Internet users in a country, even normalizing by the percent of the population online (the second map) results in Africa still registering far fewer edits than would be expected (see our paper on this topic for detailed statistical analyses).

These geographies of Wikipedia edits because they represent how people from different parts of the world get to represent each other. Some people and places continue to have little voice and continue to be left off the map.

For more on this topic, see:

Or a recent talk I gave:

Cross-posted from the Zerogeography blog: The Geography of Wikipedia Edits